Hürriyet, Müsavat, Uhuvvet recalls the slogan chanted in favor of the constitution on the streets of multiple cities of Anatolia in 1908. The Ottoman translation of the tenets of the French Revolution, Liberté, Égalité, Fraternité bore testimony to a spreading belief in the notions of democracy and citizenship.

The work’s focus is the crypt inside Turkey’s first national monument Abide-i Hürriyet (Monument of Liberty). Built in 1911 to commemorate the constitutional regime and to celebrate the defeat of the uprising against the ongoing power shift, its most immediate feature is a canon directed at the sky. Peculiarly, this structure with military affiliation served a double role as a monument and a mosque. This latter function may be  concealed at first sight to the uninformed eye, but a tall door on one side of its triangular foundation leads down to a vaulted chamber. This triangular room held up by three strong pentagonal columns, is naturally lit from the top, through a dome frame that was once decorated with stained glass.

The work Hürriyet, Müsavat, Uhuvvet focuses on this unexpected space inside the monument as a vortex teeming with the concepts and ghosts of many of its turn of the century political actors and their contemporary manifestations. As the camera swirls inside the space and through its back vaults, we witness a struggle between light/dark, celestial/subterranean, space/matter, known/unknown, etc. Built on a triangular base like the monument itself, the music loop composed by Esra Üçcan features three instruments: piano, Theremin and timpani.

Accompanying the video piece is a lead sculpture of a scaled cross-section of the space inside Abide-i Hürriyet, inscribed with the words Hürriyet, Müsavat, Uhuvvet in arabic script. 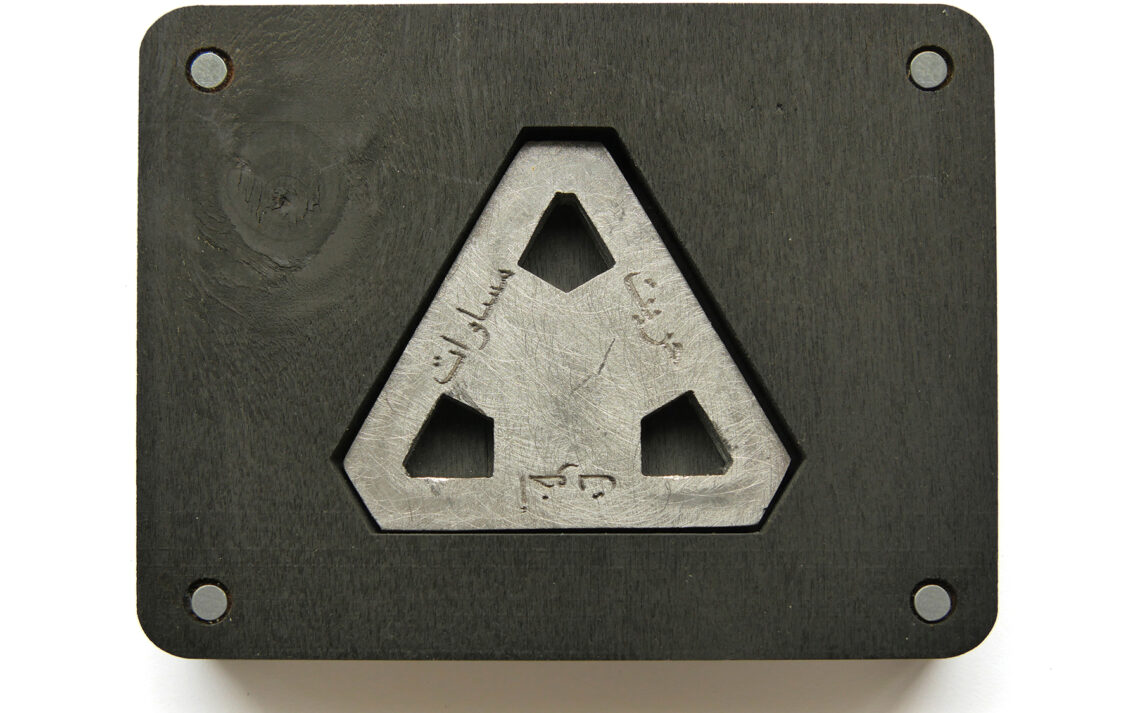 Crossection of the space inside Abide-i Hürriyet, Turkey’s Statue of Liberty, 2017 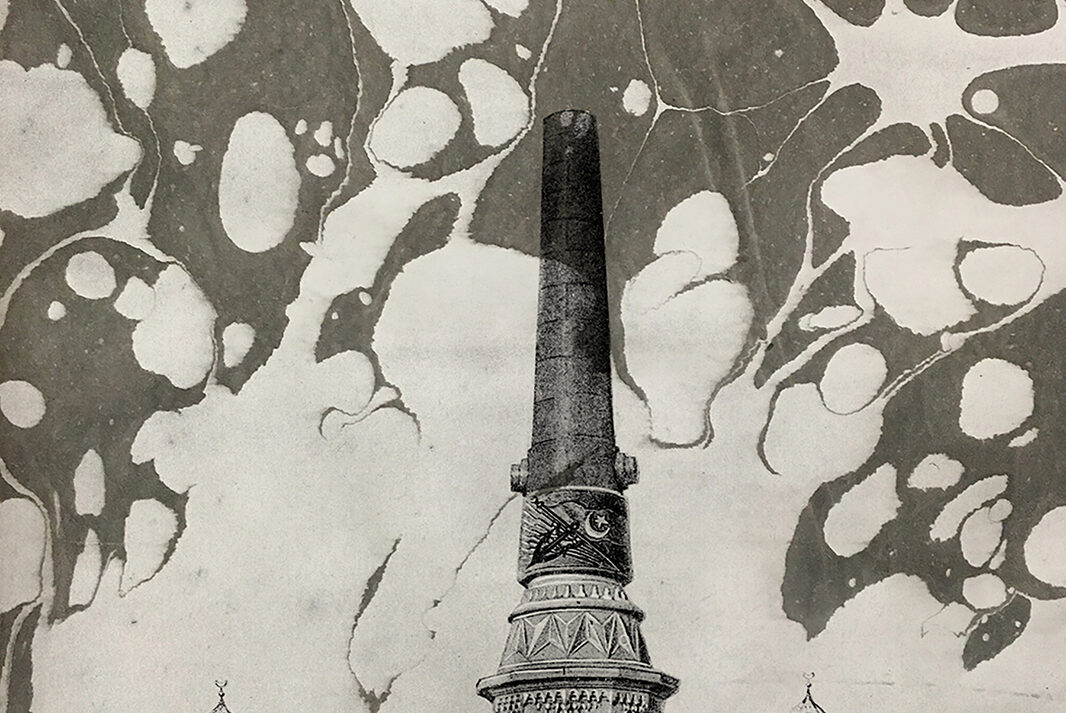 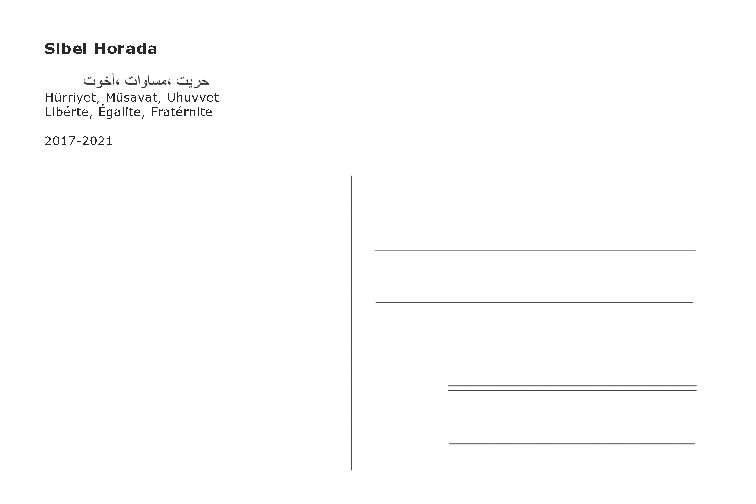